“Whore, slut, slag, harlot…” intones Caroline Coon’s voice from her performance video, ‘I AM WHORE’ (2019). Christine Keeler thought herself defined by words like these. And it hurt. “Even a criminal has the right to a new life but they made sure I did not have that,” she said. “They just didn’t stop calling me a prostitute…”

In Dear Christine, artist Fionn Wilson has curated the work of twenty-one women artists to ‘reclaim and reframe’ Christine Keeler who became public property when the Profumo Affair broke in 1963. The scandal excited public prurience, combining sex with class, race, and Russian spies. It also precipitated the fall of a Conservative government, and so enraged the establishment.

One of the defining images of the ‘Swinging Sixties’ is Lewis Morley’s 1963 photograph of Keeler sitting, supposedly naked, astride a modernist chair, and it is referenced in a number of paintings, most notably Coon’s superb ‘Christine Keeler: Anger, Blame, Shame, Ruin, Grief’ (2019), and Sadie Lee’s ‘Scandalous’ (2019). In Lee’s painting the chair is occupied by an aged Keeler, based on a paparazzi photograph snatched towards the end of her life for a salacious ‘you should see her now she’s old’ tabloid piece. More revenge from the establishment press; Keeler, reviled for being young and pretty, then ridiculed for getting old. Keeler’s original sin was to be attractive, and bad girls lead good men astray, don’t they? Fionn Wilson references Eve, the original Biblical ‘bad gurl’, in ‘Christine and the poisoned apple’ (2017). The apple, bearing the label ‘whore’, is passed around by hands other than Keeler’s.

A number of paintings are based on other photographs and film stills from the 1960s. The act of painting allows the artist to inhabit the original material, and so possess it. The original photographs are suffused with exploitative glamour, tempting and tawdry at the same time. In ‘The Keeler Affair’ (2018), Cathy Lomax mimics a display of film stills with loose and fluid brushstrokes, Keeler’s seemingly glamorous and risqué life depicted as a half-remembered dream.

Roxana Halls’ ‘Laughing While Smashing (for Mandy and Christine)’ (2018) is harder edged. Keeler and ‘partner in crime’ Mandy Rice-Davies are imagined as victorious hooligans, in a Soho street of smashed windows, the names of the strip clubs reversed. But the name of the street is clear enough, ‘Upper John Street’. In their handbags are not rocks but scrunched up tabloid newspapers. Scandal, in other words. 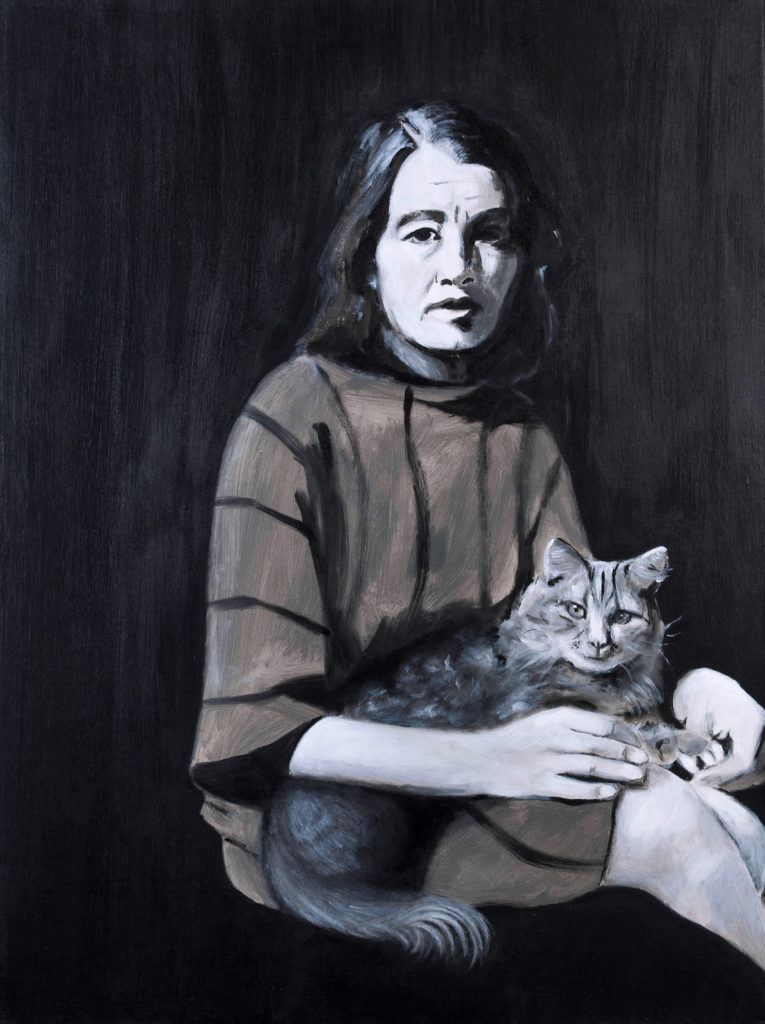 It is the ‘johns’, the clients of prostitutes, the respectable establishment, who are nailed in Wendy Nelson’s sculpture ‘Member of the Establishment’ (2017): a mannequin of pinstripe cloth, with a domed head and a phallic nose, festooned with coshes made of old school ties. Behind its back it holds a truncheon, another phallus, to which a cord is attached. At the other end, hanged or captive, dangles the small mannequin of a woman.

For Coon, it is the distinction between Madonnas and whores that’s the problem. If all women proclaimed “I am whore” then that distinction, endlessly used by men to demean and control women, would disappear. But would Christine Keeler have been happy to comply? She was sick to death of being called a prostitute “over and over and over again.” Wilson’s ‘Christine Keeler and her cat’ (2017) returns Christine to a normal life, if she ever had one, and Julia Maddison’s ‘Remains’ (2017), a swimsuit made from a black bin bag, lies discarded on the floor, like the skin of a mysterious creature shed in a cycle of renewal.

Dr Mike Golding is a writer and artist. He writes novels under the nom de plume of A. M. Stirling and lives in Newcastle upon Tyne. 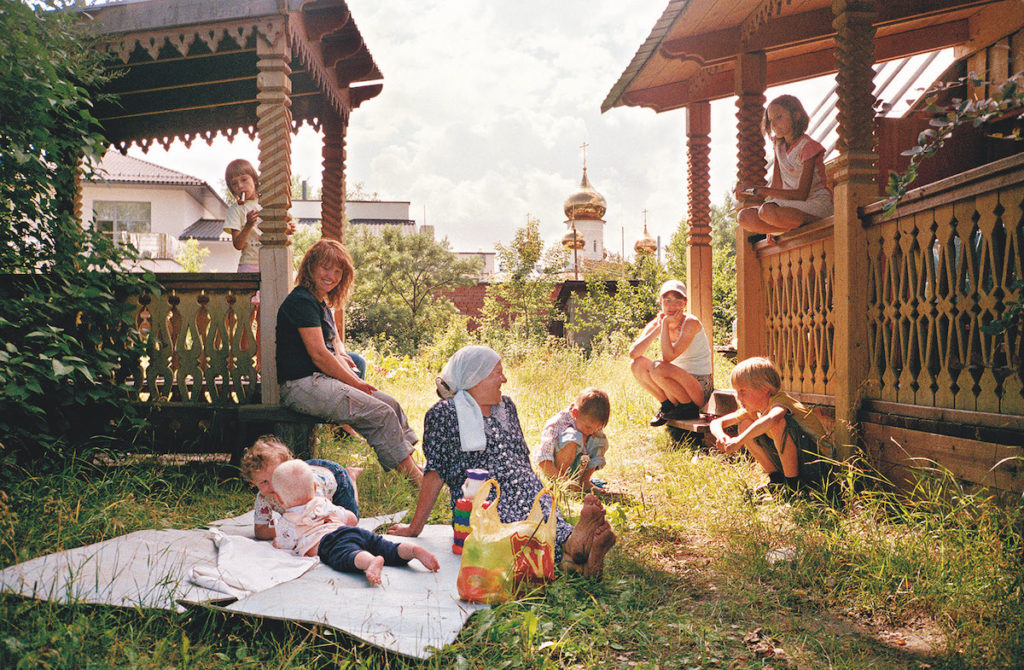 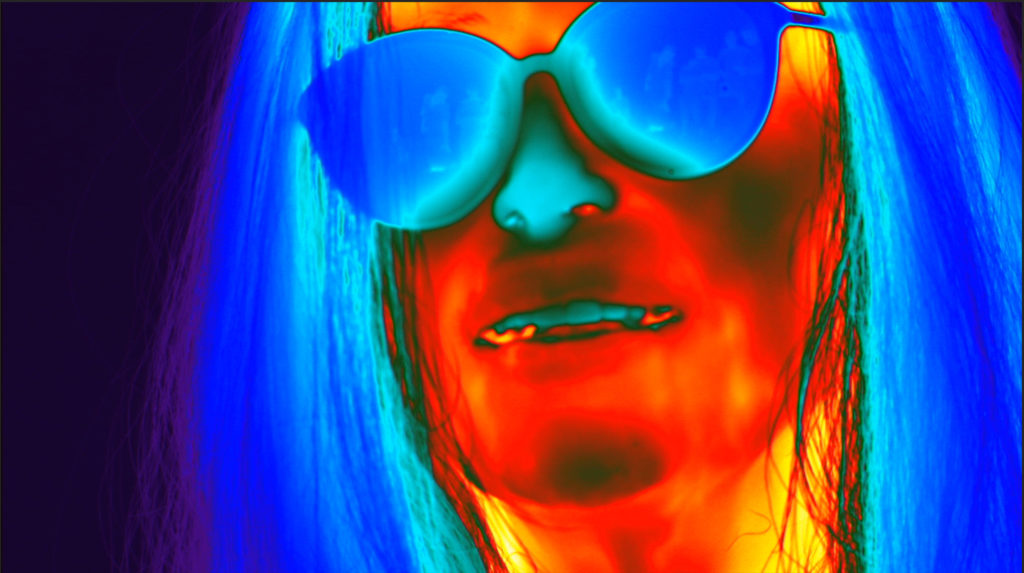 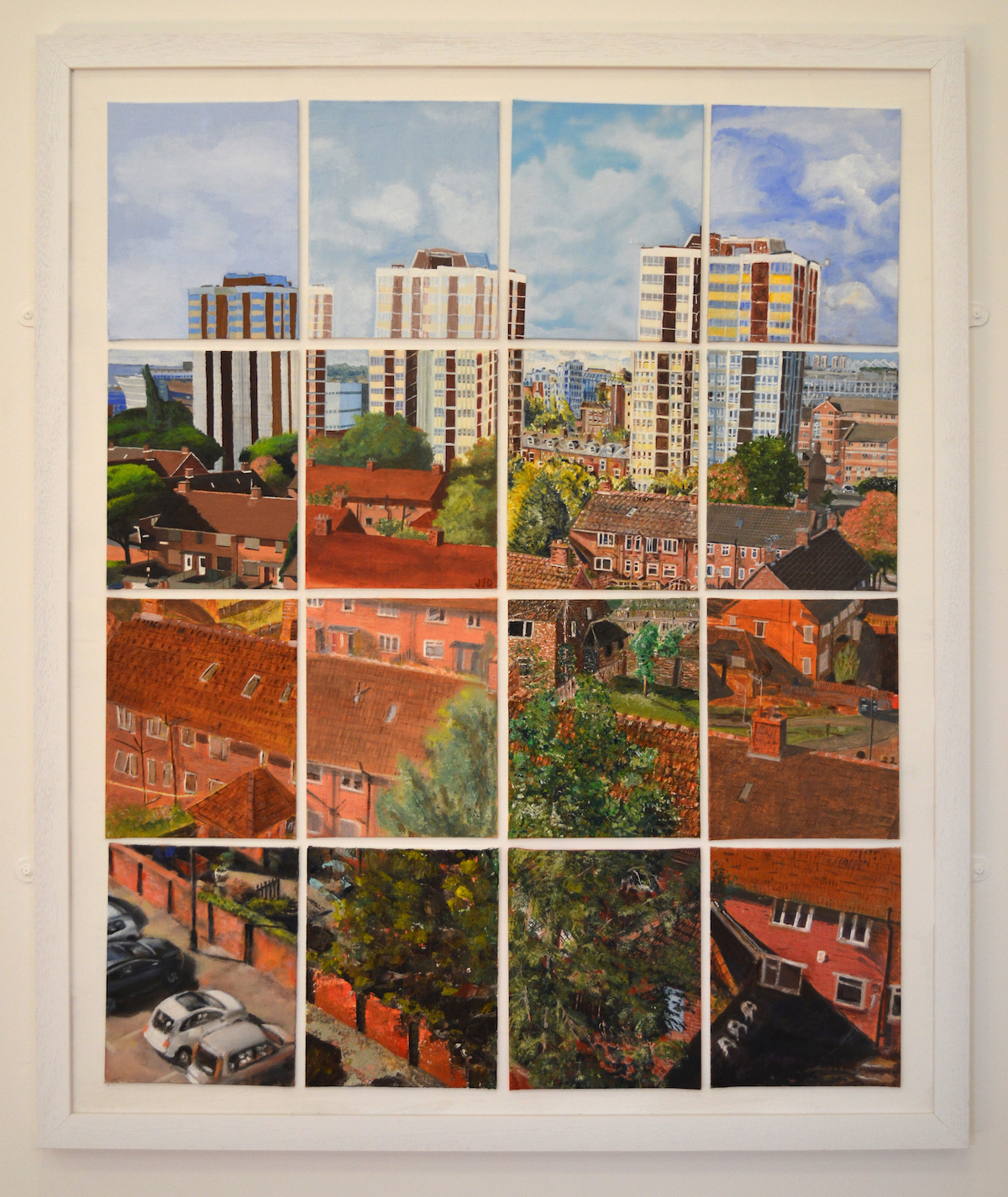